RAG n 03
April 6th 2021
​Blood type A/A
Genotype B/B-D/d
HCM and PKD N/N
PG-free
MyCatDNA-results
Pedigree
Wendigo is one of two keepers from the Legendary beasts litter. Her mother River Song has previously given us 9 boys and only one girl, so we had high hopes for her last litter, and boy did she deliver! We got four absolutely gorgeous girls and one boy. Since River is retiring and we got so many girls I had to keep two. I immediately fell in love with Wendigo and she showed promise from a very early age. Wendigo was not only one of the cutest kittens we've ever had, but also one of the sweetest. For several reason she needed a little extra supervision for a while, and it has made her such an affectionate and social young lady. She constantly wants cuddles, and loves to be carried around. She is wonderfully floppy with the softest body. She is probably the most affectionate and loving cat I have ever owned, and I'm sure she will bring that same energy to her babies I love, love, LOVE Wendigo's look and adorably squishy face. She looks a little different from kittens we have had previously, which is probably something that came with the new Polish lines.

Wendigo has recently tested all clear for 50 different disorders, including HCM and PKD. She is a dilute carrier, which means that she can give blue and seal kittens. She is entering an awkward teenage phase at the moment, but seems to have good width in the head, an amazingly soft, silky coat, an absolutely gorgeous deep blue twinkling eye color, along with a nice long, body. At the moment, her ears are slightly too pointy, and she could have a tiny bit more height in the forehead. She was the smallest of the litter, but weighs in at almost 4 kilos at 11 months old. I am super pleased about her development. All this being said, her unique and endearing personality is my favorite thing about her. She is perfectly named after a blood thirsty monster, as she is a force to be reckoned with when it comes to food, and she seemingly always has room for a litte more food in her belly. We love her and are very excited to se how she will develop with time. Hopefully she will have her first kittens later in 2022. 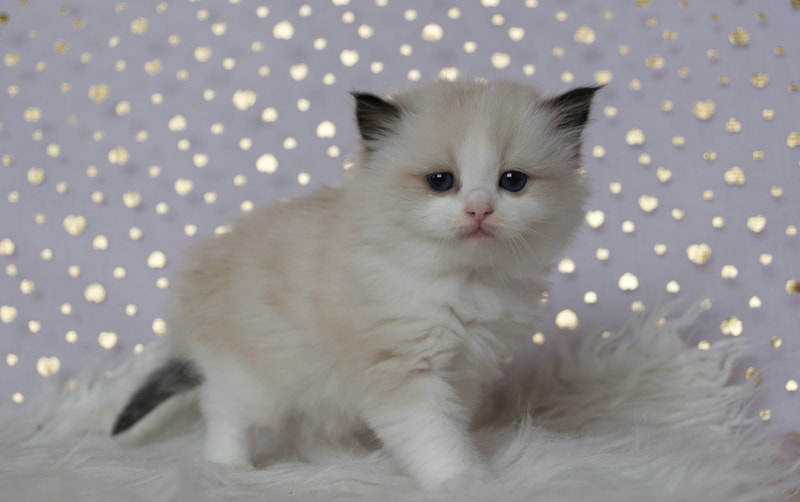 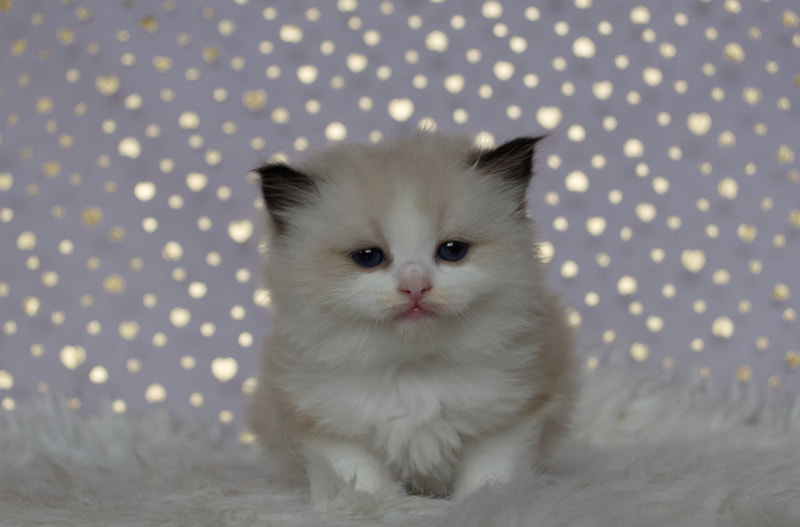 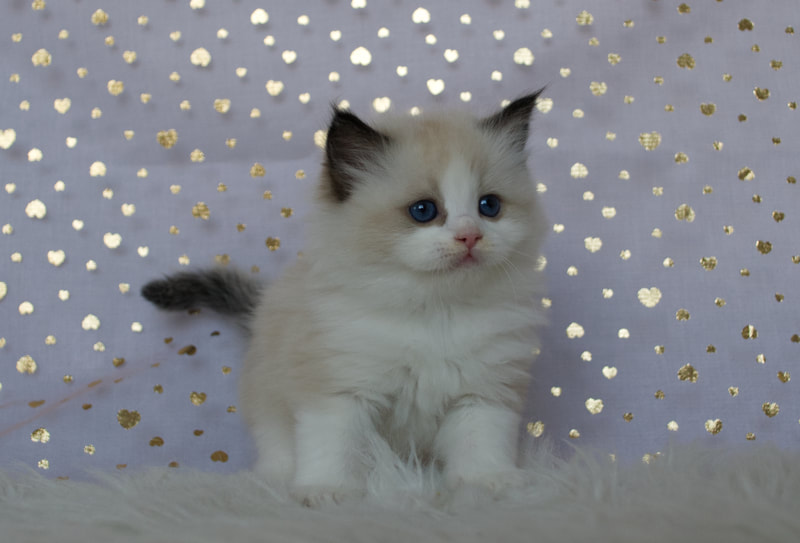 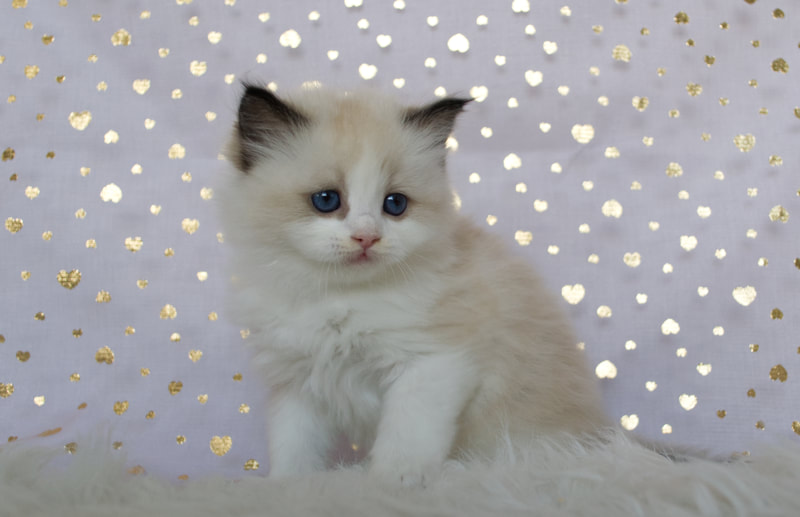 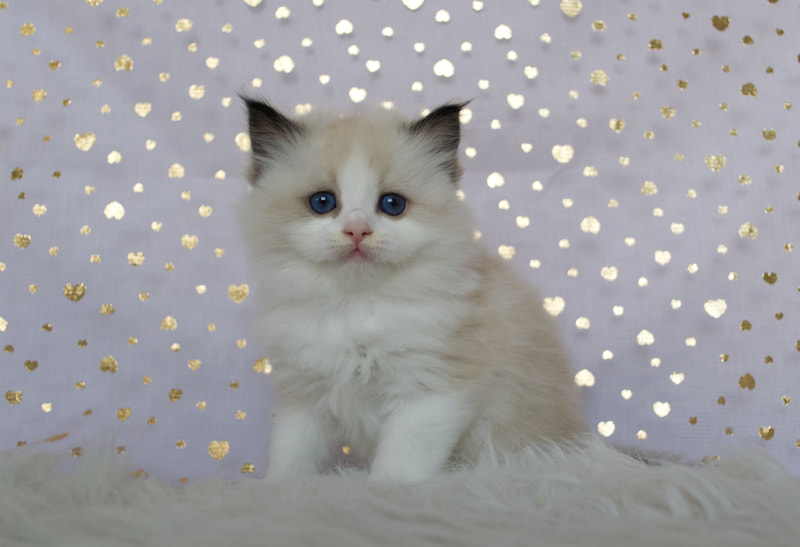 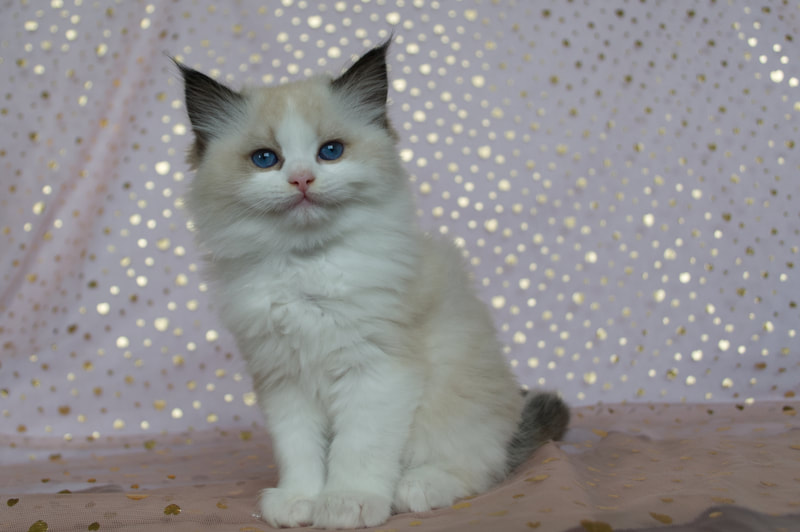 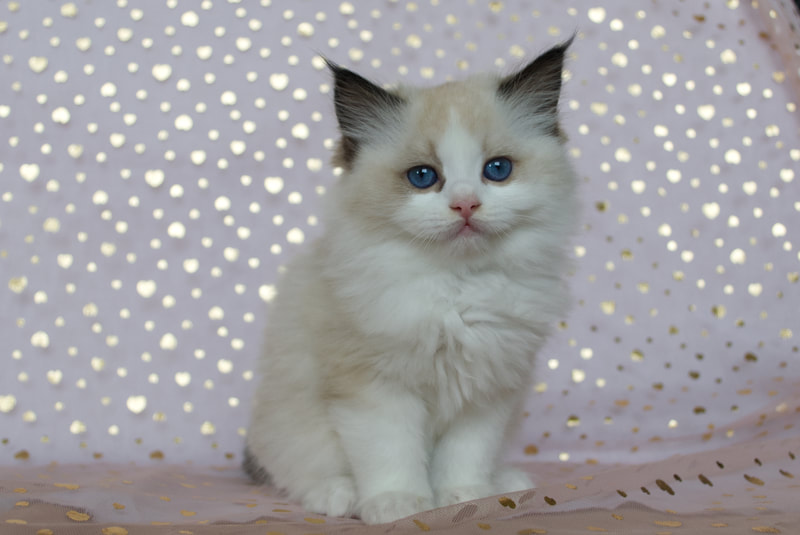 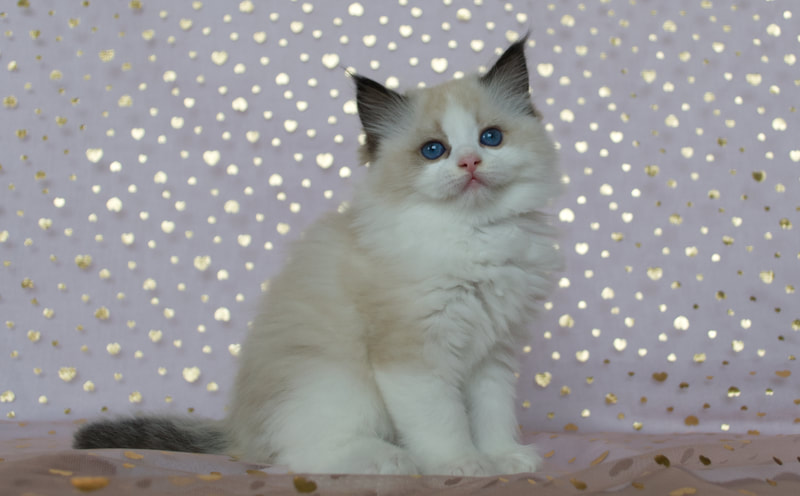 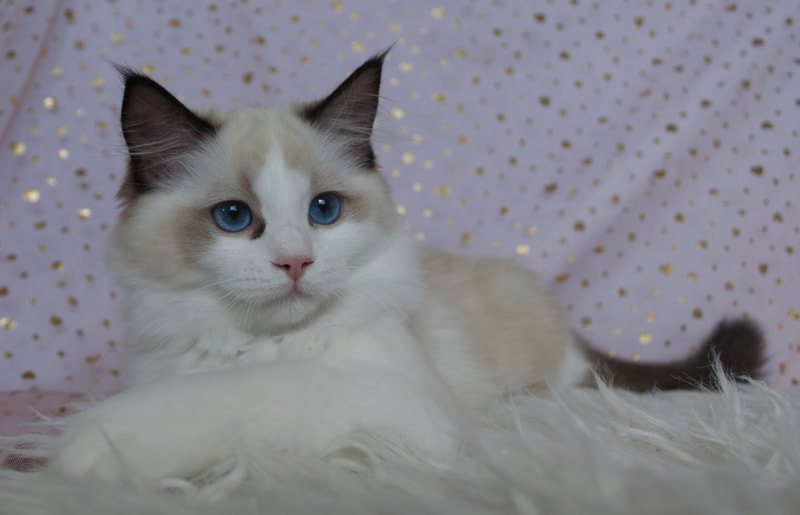 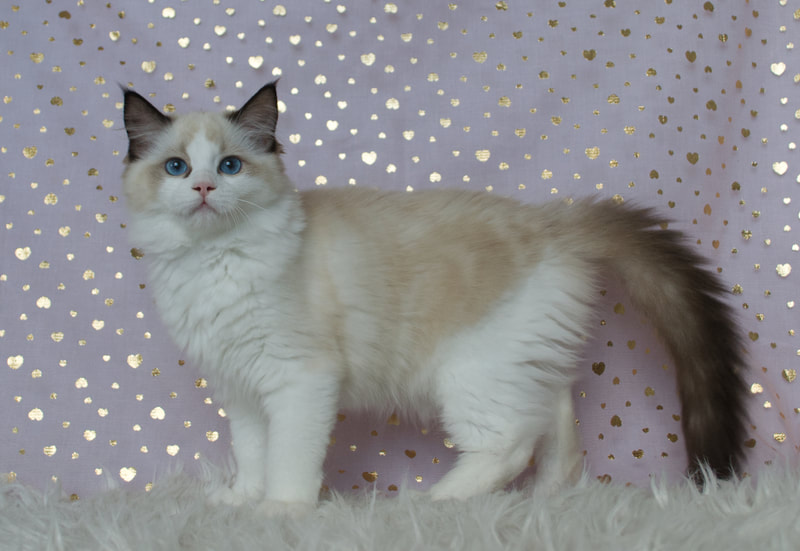 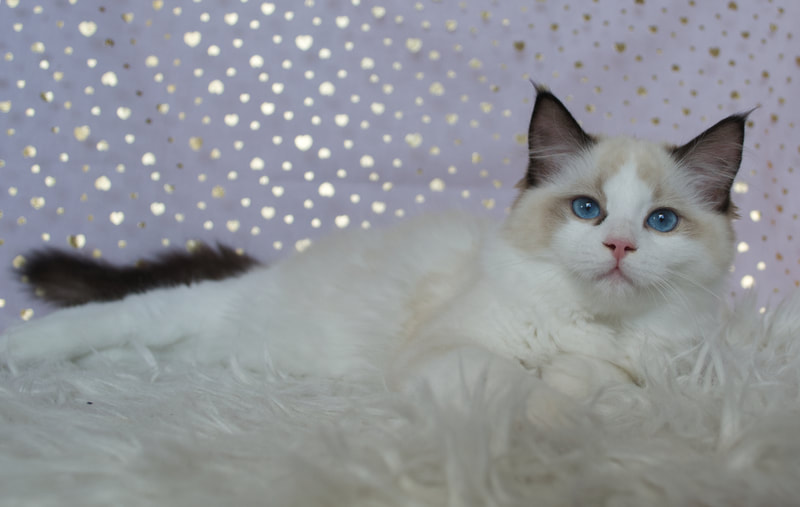 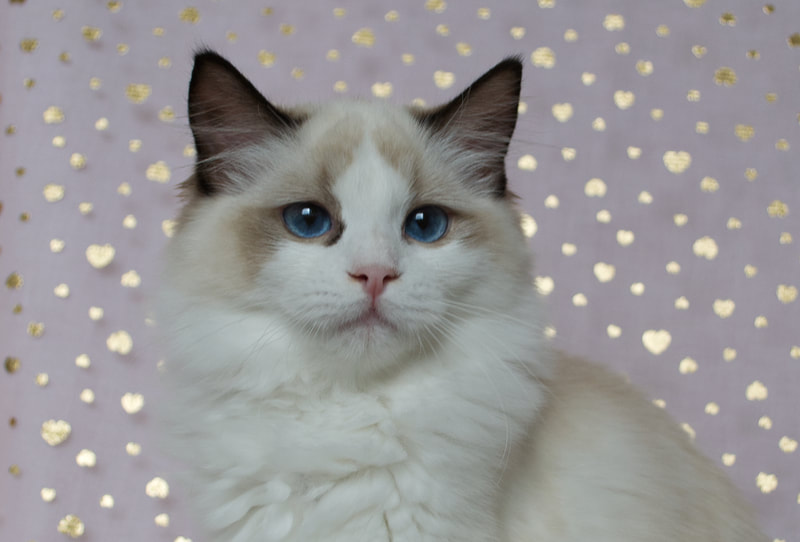 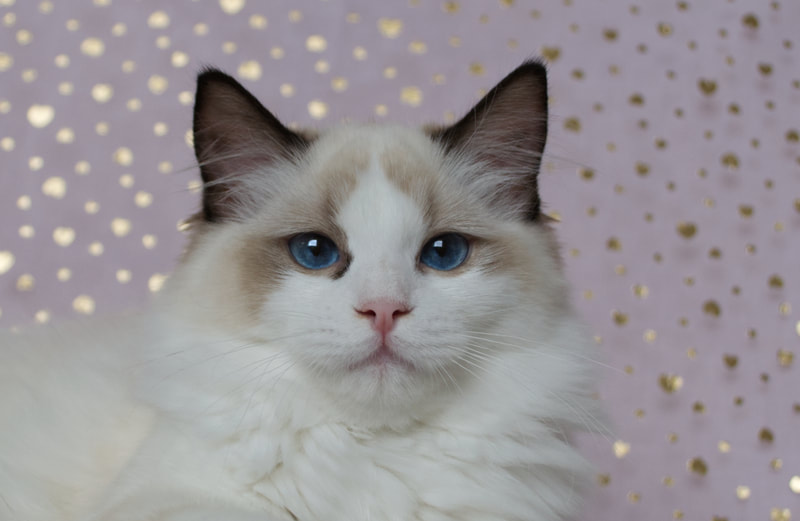 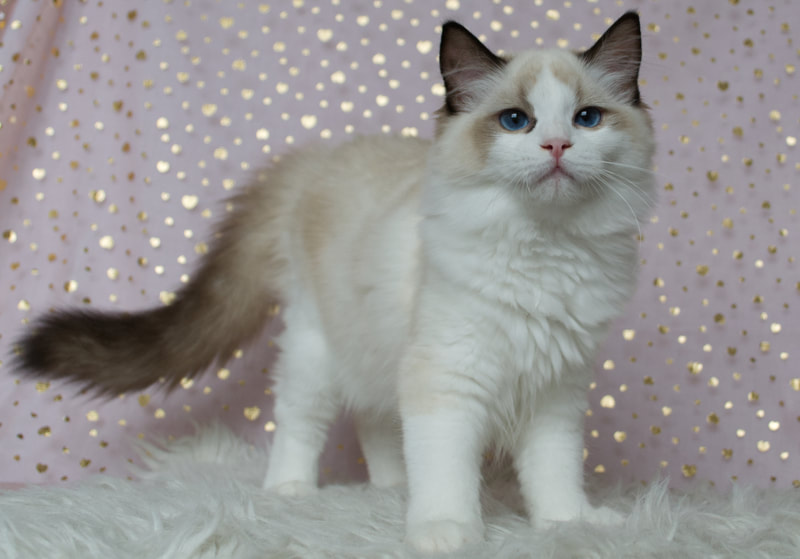 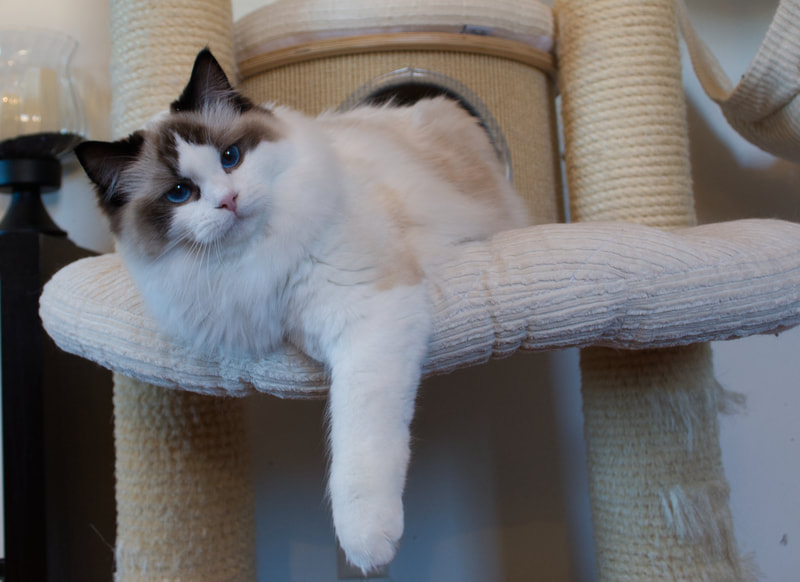 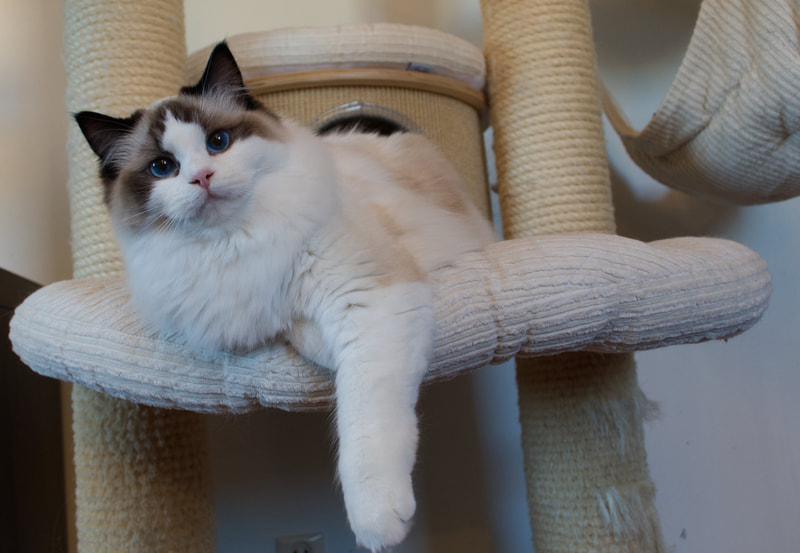 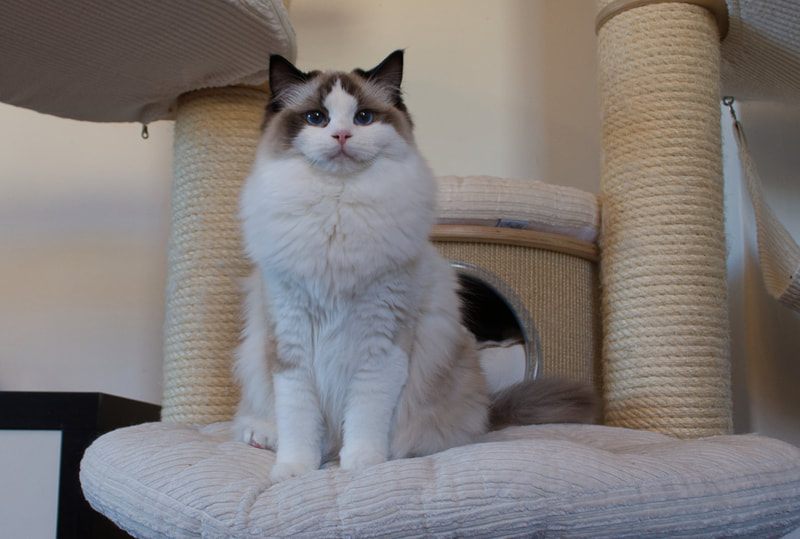 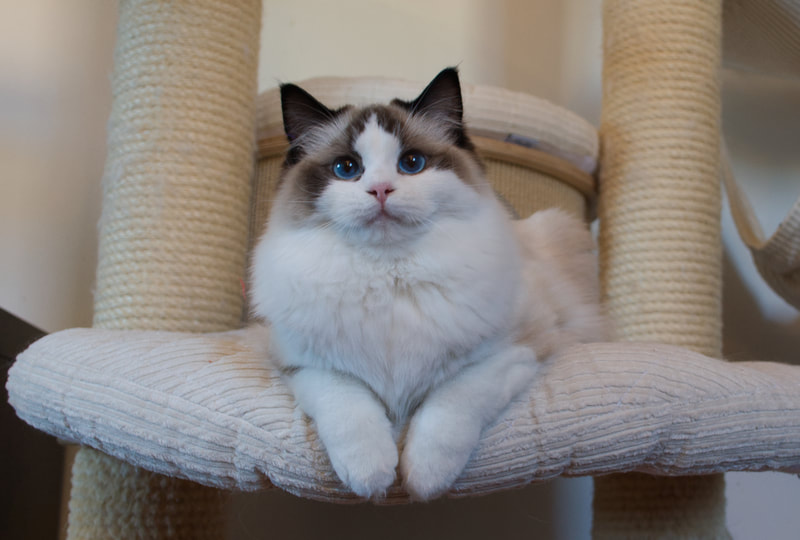 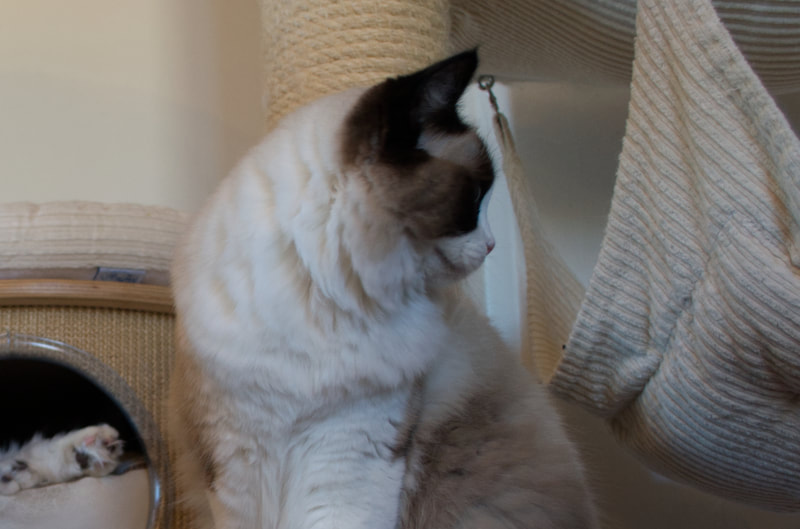 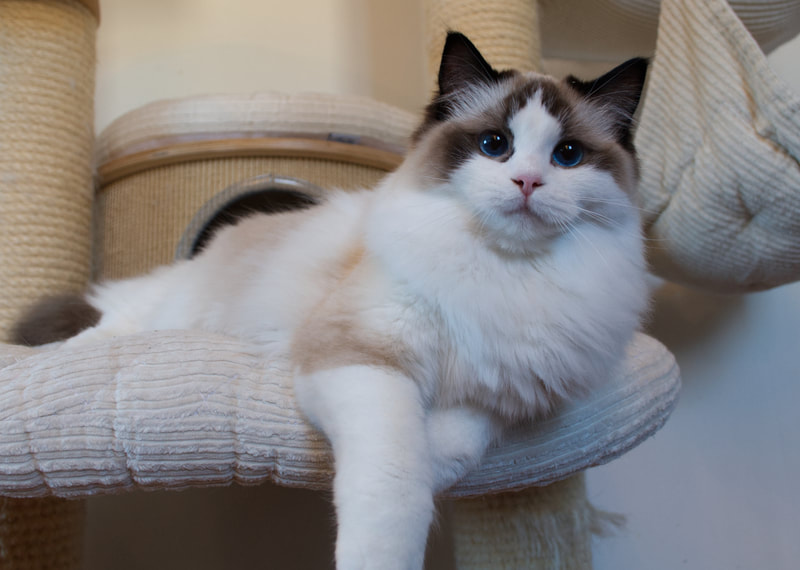