RAG a 03 21
October 10th 2010
HCM N/N
Pedigree
Mellow Fellow - The Oldest, First of his Name, Heir to the Throne, and mommy's little boy. This is where the madness started! Mellow wasn't only my first ragdoll, but also my very first cat. He turns 12 years old in October, and has been with me for better or worse for almost as long. Naturally, Mellow has a very, very special place in my heart. He is a large, chonky and handsome boy, and has gotten some really nice judgements at various cat shows. He has earned the title International Premier, but is now retired. Mellow has a strong, lovely personality and a fantastic temperament. He is mommy's little sweetheart ♥ Mellow has never been bred, and has lived all his days as a happy neuter! 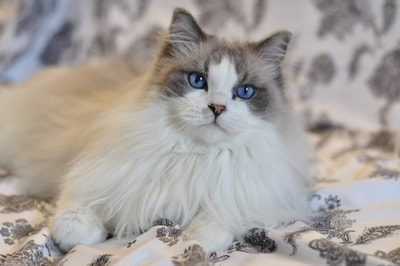 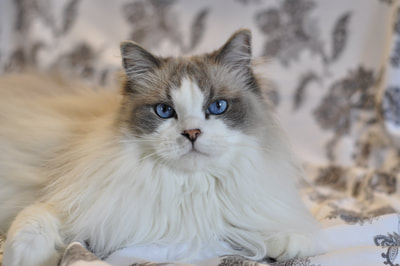 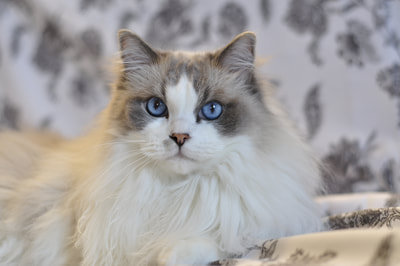 RAG a 03 high white
June 25th 2012
HCM N/N
Pedigree
By autumn of 2012, it was time for Mellow to get a little brother. Mellow was starting to show some signs of loneliness, and after having had several other cats visiting us, it was clear that he had great need for a conspecific friend. That friend turned out to be Lumos. The two boys are half brothers and BFFs. Lumos is the kindest, gentlest, silliest and most charming cat imaginable. He crawls onto the laps and into the hearts of everyone visiting the Sletten Larsen/Dreierstad residence ♥ He is gorgeously classic in type and has amazing eye color, but his ears are a little long, and he lacks too much pigment on his body to be show- or breeding material. He is also slightly cross eyed, which only makes him that much more charming. He lives happy days as a neutered cuddle bear! 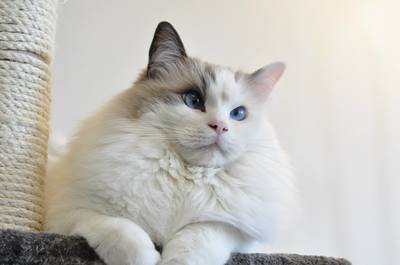 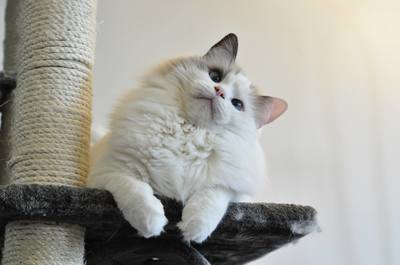 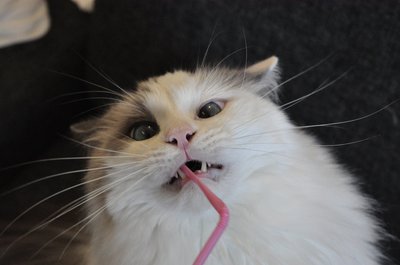 RAG n 03
December 14th 2017
Genotype B/B - D/d
Blood type A
HCM N/N
PKD N/N
PG-free
Pedigree
MyCatDNA-results
My sweet, beloved Sally ♥ She is my first homemade addition to the cattery and the keeper from the "The Nightmare Before Christmas"-litter. She is River Song's daughter,  and when I realized she was the only girl in the litter, I just knew I had to keep her ♥ Several litters later, and she's still the most beautiful girl I've ever bred.
​She is now an adult, and I am really pleased with her development. I just love her look and expression! She has the prettiest little face with perfectly symmetrical bicolor markings, a nice sadle with a white collar around her neck, and great colour contrasts. She has a wonderful profile and forehead, silky smooth coat and a well proportioned body. She is smaller than I would have preferred, but she is harmonious. She is the most beautiful little thing, but if I'm being picky I would want more size and slightly darker eyes. Sally has the temper of a true ragdoll. She goes limp when handled, has the sweetest, sassiest, most lovable personality, and loves cuddling in our laps or by our feet.

In April 2020, Sally fell severely ill with pyometra, and her uterus could not be saved. Sadly she had to be spayed, so there will be no more kittens from this beauty. She healed up nicely from the surgery and will be living her best life as a neutered pet. She is such a special, wonderfully weird girl that she has to stay here with us forever.

​Fortunately we got to keep a daughter from Sally's first and only litter, so her line still lives on through NO*Whimsical's Wednesday Addams, who lives with a host family in Bærum.

Sally has been tested clear for 40+ genetic disorders among other traits via the Genoscooper laboratories' MyCatDNA-test. To see her complete profile, click HERE! 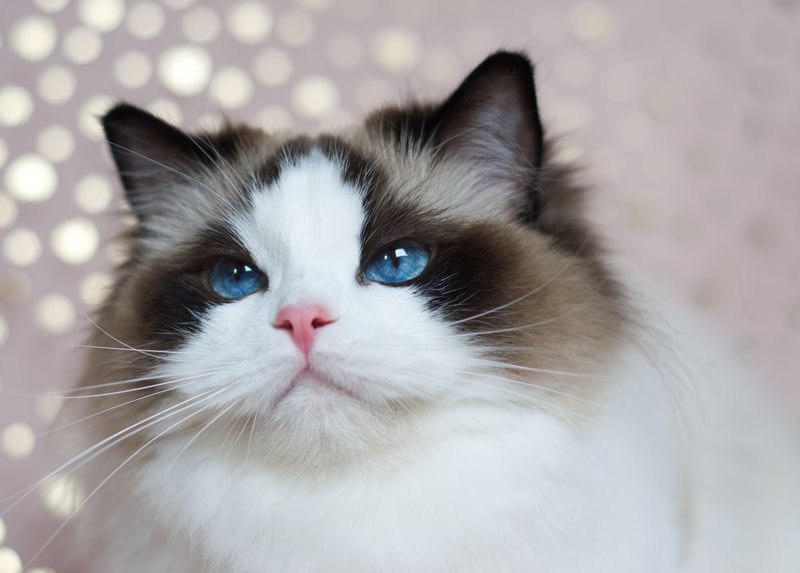 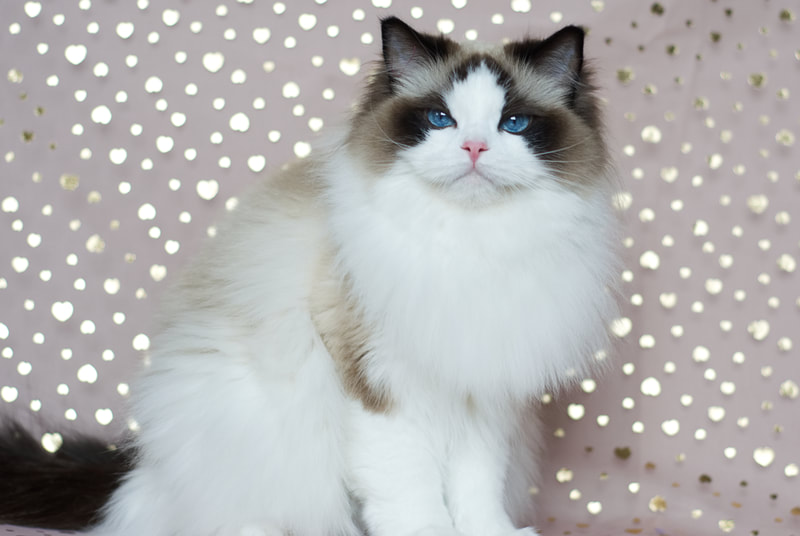 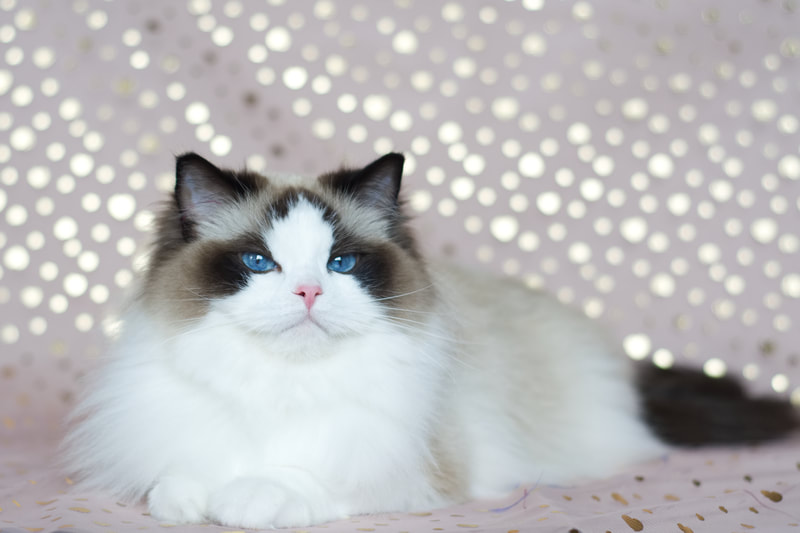 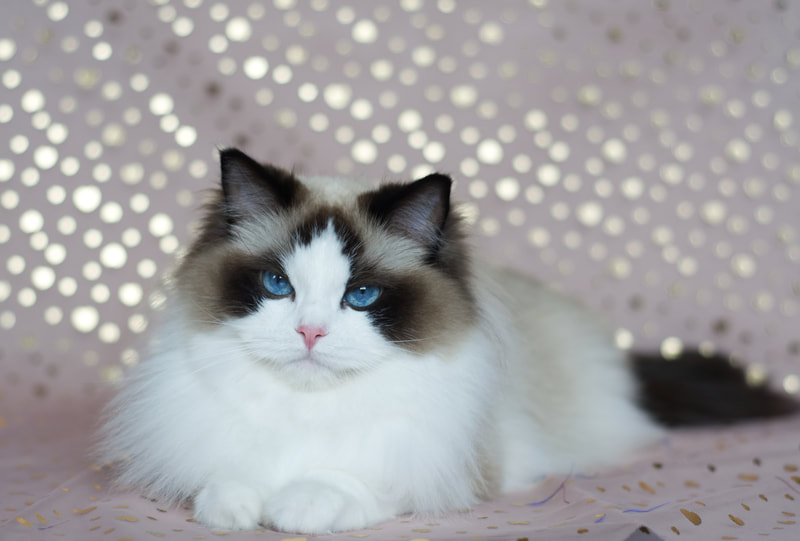 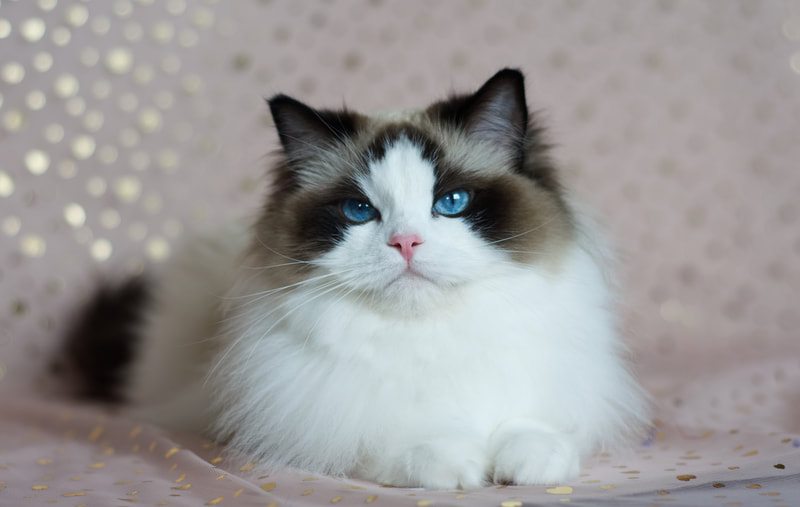 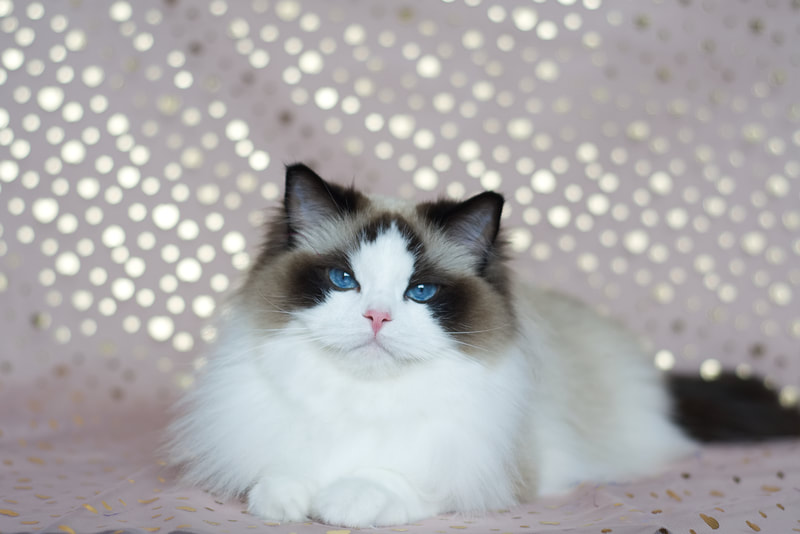 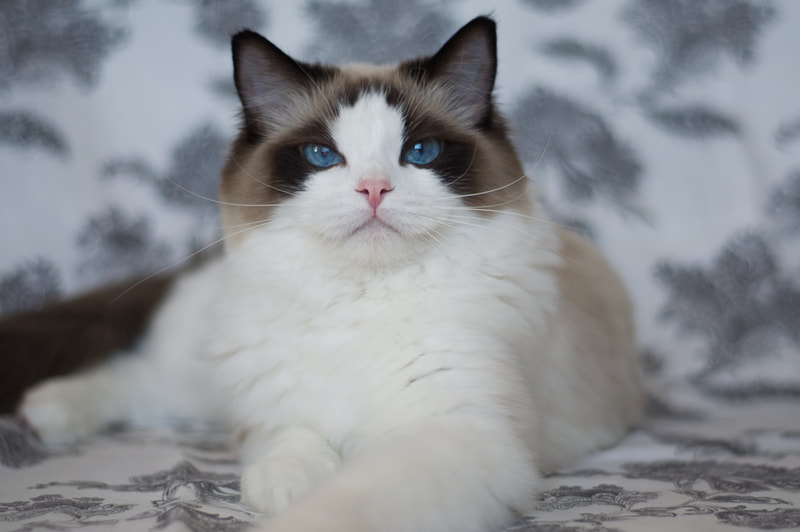 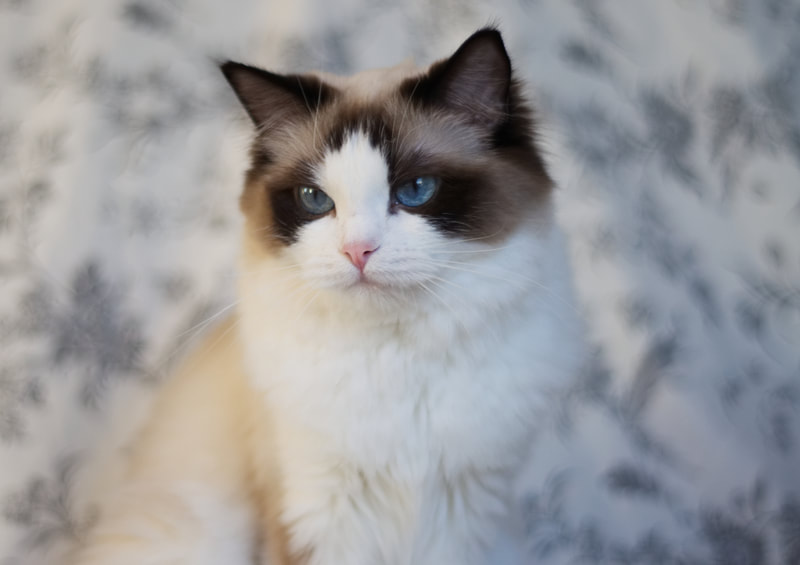 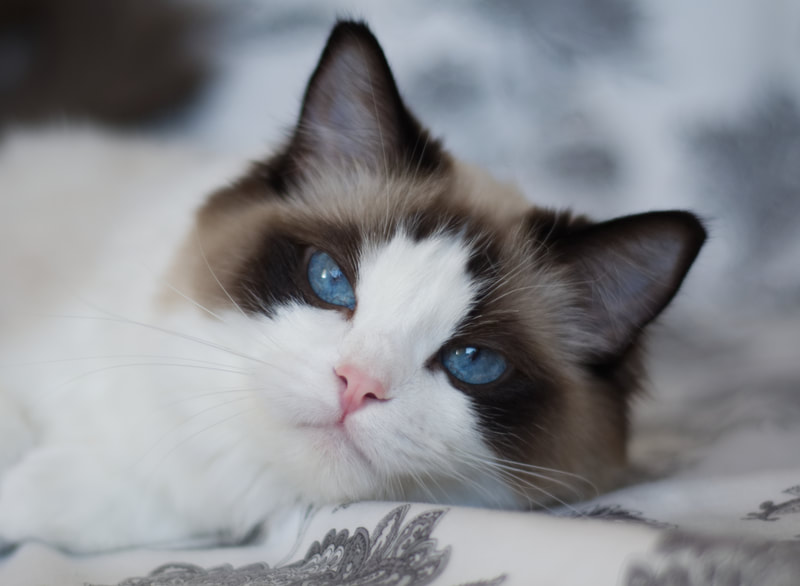 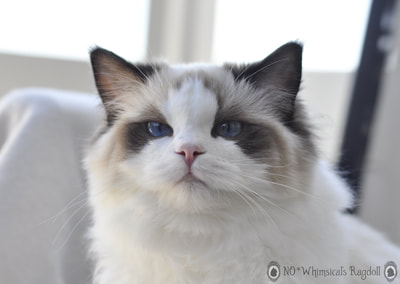 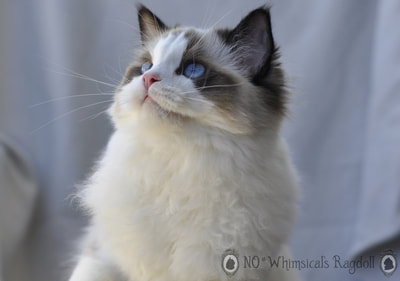 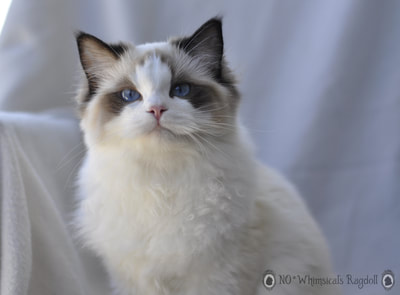 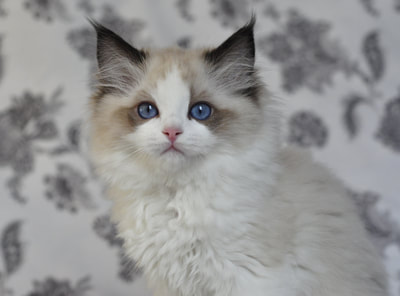 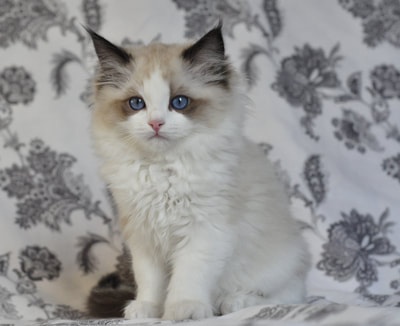 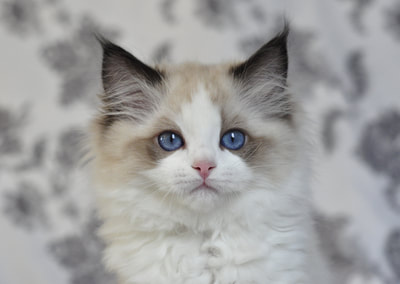 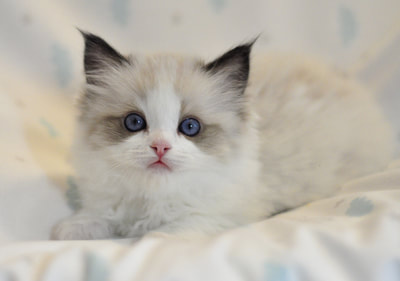 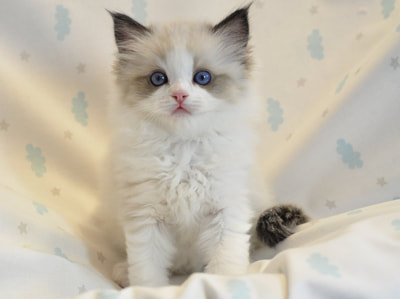 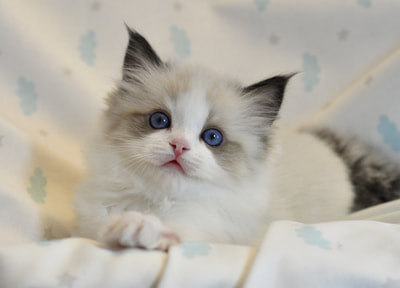